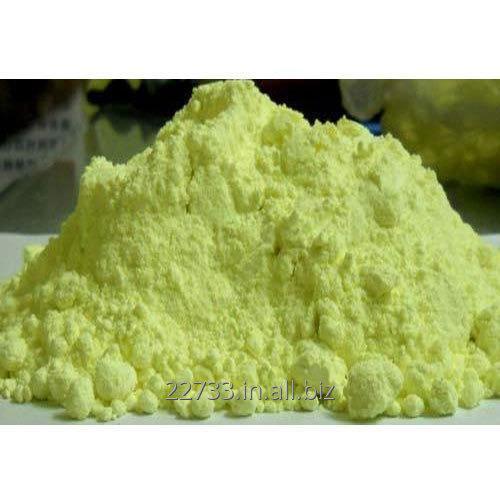 Sulfur is a chemical element with the symbol S and atomic number 16. It is abundant, multivalent, and nonmetallic. Under normal conditions, sulfur atoms form cyclic octatomic molecules with a chemical formula S₈. Elemental sulfur is a bright yellow, crystalline solid at room temperature.

The most common appears as yellow crystals or powder. Sulfur is used in the vulcanisation of black rubber, as a fungicide and in black gunpowder. Most sulfur is, however, used in the production of sulfuric acid, which is perhaps the most important chemical manufactured by western civilisations.