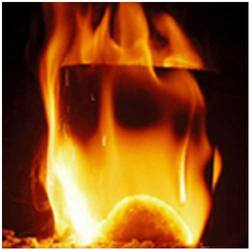 In stock
Reconfirm the price with seller
Seller
Sharada Ceramics Pvt., Ltd.
India, Chennai
(View map)
+91(
Display phones
Call
Products of other enterprises
Description
Refractory Castable lining in the discharge zone of the rotary kiln is always considered as critical by kiln operators, designers and refractory suppliers. The necessity to run the rotary kiln without frequent stoppages has forced the kiln users to look for continuous improvement in castable usage practice. The discharge zone consists of Tip Casting, Burner Pipe, and Bull Nose areas where the castables are predominantly used apart from cyclone and cooler areas.

The kiln users look forward to an optimal life, which should normally synchronize with kiln shutdown schedules/multiples thereof and the industry do not want any stoppage on account of refractory castable repair in between shutdowns. The frequent forced stoppages due to market conditions should also not affect the castable due to thermal shocks and the user expects lining to be stable and withstand the forced stoppages. Appearance of hotspot in the discharge end also results in forced stoppage to carry-out repairs.
Contact the seller
Refractory Castables for Cement Plant