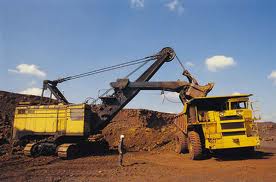 In stock
Reconfirm the price with seller
Abhijeet Group, Company
India, Nagapur
(View map)
+91(
Display phones
Call
Products of other enterprises
Description
Abhijeet Group firmly believes that consistent availability of raw material in quantity and quality from captive sources has a major impact on the commercial viability of any industrial project.

The Group has been allotted, by Government of India, a number of captive coal, Iron Ore and Limestone Mines for its Power, Iron & Steel, and Cement Projects. The Mining Projects are under various stages of implementation

The Group has embarked upon to create world class mining facilities and to achieve this vision it has already tied up with globally renowned Australian Mining companies Walter Mining and Thesis Ltd for systematic and scientific exploration of allotted resources.

Group has been allotted Coal blocks with total geological reserves of more than 500 Million Tons for its various projects.

The GROUP has a full-fledged Mining Division having expertise in implementation of mining projects including obtaining all Statutory Clearances like Environment Clearance, Forest Clearance, Mining Lease and Acquisition of Land. The Mining Division is supported by qualified & highly experienced RQP for preparation of Mining Plans and Detailed Project Reports for Mining Projects. Thus by virtue of its highly ambitious and committed team the group is keen to emerge as a leader in the mining sector and is exploring viable and profitable prospects in Contract Mining.

Our coal project Chitarpur Coal Mines with an overall project cost of Rs. 4710 Millions is already in advance stages of financial closure.