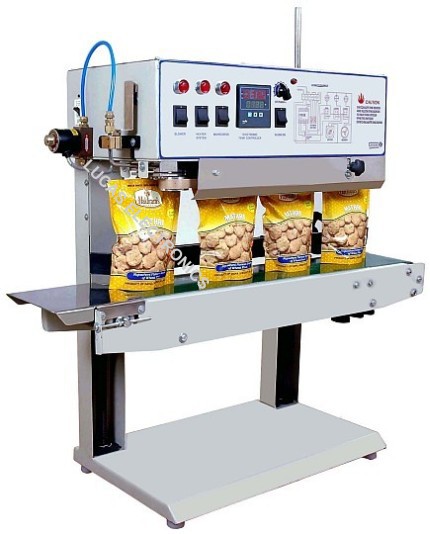 Band sealers are very versatile; therefore they can seal a wide range of heat sealable films. Although used primarily for soft films, also known as unsupported films, they can also be used on certain hard films (supported or high density films) and specialty films. Sealing and cooling periods are set to an optimum level to achieve a good seal. All types of thermoplastic films can be sealed on the CONTINUOUS SEALER. LDPE, HDPE, PP and PVC film below 0.2mm thickness, foil and polyester can be used. Band Sealers speeds are considerably faster than intermittent types of sealing and perform well on various bag types including gusset bags. Band Sealers can seal through a higher degree of seal contamination (dust) than other methods.