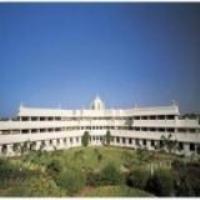 Maharashtra
Aurangabad, 8-N-12,CIDCO, Rauza Bagh, Aurangabad
Cost of number from 107.00 INR
Geographical position
Maharashtra encompasses an area of 308,000 km² (119,000 mi²),and is the third largest state in India after Rajasthan and Madhya Pradesh. Maharashtra is bordered by the states of Madhya Pradesh to the north, Chhattisgarh to the east, Andhra Pradesh to the southeast, Karnataka to the south, and Goa to the southwest. The state of Gujarat lies to the northwest, with the Union territory of Dadra and Nagar Haveli sandwiched in between. The Arabian Sea makes up Maharashtra's west coast.

The Western Ghats are a hilly range running parallel to the coast, at an average elevation of 1,200 metres (4,000 feet)). To the west of these hills lie the Konkan coastal plains, which is 50 – 80 kilometres in width. To the east of the Ghats lies the flat Deccan Plateau. The Western Ghats form one of the three watersheds of India, from which many South Indian rivers originate. To the north of the state, near the Madhya Pradesh border, lies the Satpura Range. The various sections of the Western Ghats of Maharashtra are Tamhini Ghat, Varandha Ghat and Sawantwadi Ghat.

The Western Ghats form the source of several major rivers of Maharashtra, notable among them being Godavari River and the Krishna River. The rivers, along with their tributaries, flow eastwards into the Bay of Bengal, irrigating most of central and eastern Maharashtra. The Ghats are also the source of numerous small rivers which flow westwards emptying into the Arabian Sea. To the north of the state, the Tapti River and River Narmada flow westwards into the Arabian Sea, irrigating most of northern Maharashtra. To the east are major rivers like Vainganga that flow to the south and eventually to Bay of Bengal.
The plateau is composed of black basalt soil, rich in humus. This soil is well suited for cultivating cotton, and hence is often called black cotton soil.

Maharashtra consists of two major relief divisions. The plateau which is a part of the Deccan tableland and the Konkan coastal strip abutting on the Arabian Sea. The state of Maharashtra forms a huge irregular triangle with its base on the west coast of India, overlooking the Arabian Sea. The coastal strip, about 720 km, long and not more than 80 km wide, is the Konkan dotted with paddy fields and coconut gardens. The Sahyadris or the western ghats running almost parallel to the sea coast flank the Konkan on its east. To the east of the Sahyadris stretches a vast plateau forming the apex of the triangle. The major parts of Maharashtra is underlined by rocks of volcanic origin the lavas. These lava beds are a distinctive feature of landscape in Maharashtra and many of them present as black and massive girdles a spectacular display on the scarp face of the Sahyadri.

The drainage system of Maharashtra consists of both west-flowing rivers draining to the Arabian Sea and east flowing one which drain to the Bay of Bengal after traversing Andhra Pradesh and Mysore. The major rivers of the plateau are Tapi, The Godavari, the Bhima, the Krishna, the Wardha, and Wainganga. The Godavari is the principal river of Maharashtra.

To Compare the Products
×