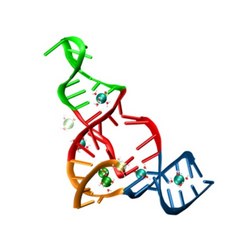 In stock
Reconfirm the price with seller
Seller
Chirag Auxichem India, Sole Proprietorship
India, Gurgaon
(View map)
+91(
Display phones
Call
Products of other enterprises
Description
Enzyme catalysis is the process of catalysis of chemical reactions by specialized proteins known as enzymes. Catalysis of biochemical reactions in the cell is vital due to the very low reaction rates of the un-catalysed reactions. The mechanism of enzyme catalysis is similar in principle, to the other types of chemical catalysis. By providing an alternative reaction route and by stabilization of intermediates, the enzymes reduce the energy required to reach the highest energy transition state of the reaction. We offer these products at industry leading prices.
Contact the seller
Acid Enzyme

We recommend to see
Enzymes
Dichloromethane, methylene chloride
Amines
Send inquiry
Buy
Contact supplier
Your question has been sent successfully
Consultants of the shop typically answer questions during the day.